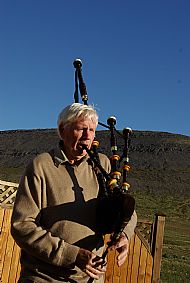 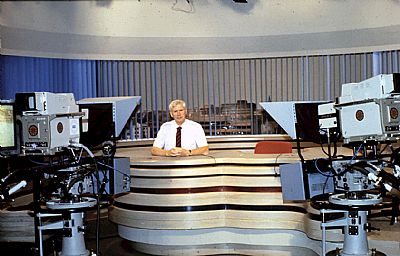 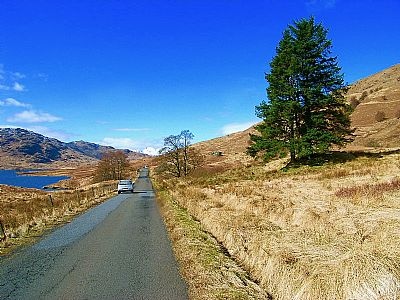 in preparation for his own course Foresters and     the media focused on the basics                   of Televison presentation and newspaper       journalism Which he taught  briefly at the           University Colledge, North Wales , Agricultural University of Iceland and other forestry   institutions.  Above  Glen Arklet and a group of   trees on the site of the ancient cottage             BRUACH once the home of the Robertson Family

Dr. Robertson on a teaching assignment in Iceland 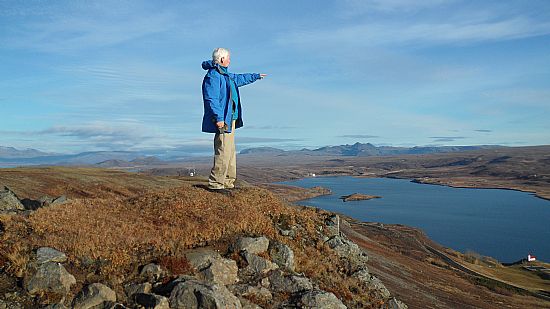 I am ­­a native of the famous Trossachs, Stirlingshire and was born in the shieling Bruach in Glen Arklet (which no longer exists). The landscape of Glen Arklet was once the ancient travelers route from Loch for access to the interior fof Scotland via he mountains, glens and lochs  - otherwise known as the famous in classical literature as the Trossachs made famous  by the "Greats" notably, Sir Walter Scott. Queen Victoria (who built a summer House (i.e., mansion) by Loch Katrine and, of course, Rob Roy Macgregor and many other historical and contemporary icons - too many to name here! The link by Author Louis Stott, of Aberfoyle, Scotland, is an excelent source of classical literature on the Tossachs.

Needless to say,  the Greats have had a profound influence on how I view the good and bad landscapes, whether they be mountain slopes or small gardens.

Apart from living in Glasgow during the war years, I spent most of my youth in the Trossachs.  On June 22nd 1955 I began my forestry career with the Forestry Commission as forest worker in the Loch Ard Forest – the original part of the Queen Elizabeth Forest Park - now within the Loch Lomond & Trossachs National Park. Since then, I have had an exceptionally interesting and reasonable successful career and rural trades mostly concerned with practical forest, forest research, and latterly academia. In 1995, I retired from the Government service as a Research Scientist. Actually semi-retired in many ways, since I still almost regularly write articles newspapers published on both sides of the Atlantic.

In winter, I was a curator of a very small government herbarium; and during summer I developed and managed a small forest research tree nursery in western Newfoundland. In addition, I was seconded to the Newfoundland Forest Service to help lay the foundations a large tree nursery in central Newfoundland, while still conducted small field trials of fast-growing biomass (willow) energy biomass plantations across Newfoundland, and also developed a model for estimating the average speed and direction of prevailing winds based on the deformation of trees (mainly larch); and surveyed the entire island to map the prevailing direction of prevailing winds throughout Newfoundland. Naturally, I combine this survey with botanical explorations – during periods when there was little work to do in the tree nursery. It’s from these explorations in summer and the dregs of severe winters that provided the fodder for my writings and arts.

A decade or so prior to retirement, I began to focus on Iceland (which I visited as a mountaineer in 1962) where I became well known for my knowledge expertise and to this day, collaborated with the Iceland Soil Conservation Service, Iceland Forest Service and the Iceland Forestry Association from which I was awarded their Gold Badge and hence an Honorary Life Member of the Association.

I was one of the originators of the successful Gunnarsholt Experimental Poplar Plantation in south Iceland which was designed for research on long-term energy fluxes between soil, trees, and atmosphere. To date, the plantation has been the subject of approximately 50 scientific studies by Icelanders

In 2004 (as a Guest or Adjubct Professor) I developed and taught a course Landscape and Shelter in Dept., Environmental and Landscape Planning Development Forests at the Agricultural University of Iceland, Hvanneyri. For this I created the WIND READER series (in the library folder of this website) in cooperation with and enormous support of the Iceland forestry and soil conservation agencies. Hence, for the past 25 years or so, it is my knowledge of the interaction between the wind and rural and urban landscapes, and what can be done about it, that I am best known for in Iceland.

In academia, I was an Honorary Lecturer, School of Agricultural and Forest Sciences, University College of North Wales, Bangor, Dept., Agricultural, Environmental Sciences and Forestry (1987- 1993) where I developed a course on Forester’s in the Media (principles of television) studio and news media production). Between 1989 -1995). briefly,I was an Adjunct Professor in the Faculty of Engineering and Applied Sciences Memorial University of Newfoundland. In return for the use of the Engineering laboratories, notably their fine wind tunnel, I taught an undergraduate course Assessment of Engineering Technology and co-supervised graduate and postgraduate students whose theses were related to Environmental Sciences and Hydro technical engineering. Since 2004, h has been Guest Professor at the Agricultural University of Iceland, for which I developed an advanced course on Shelter Forests for graduate students and professional development mainly for foresters, farmers, landscape architects, planners, environmental scientists, soil conservationists, highway engineers and parks directors. – and exceptionally keen gardeners.

I have made a significant contribution as a leader of provincial, national and international organizations. From 1992-1995 he served as subject group leader of S1.03.00 Environmental Influences on Forests within the International Union of Forestry Research Organizations, Vienna, Austria was mostly concerned with fostering international research – principally forest meteorology and hydrology. He served as chairman of the Newfoundland and Labrador Climate Advisory Committee, Newfoundland & Labrador representation of the Canadian Climate Advisory Committee, Data and Applications, Vice-Chairman Canadian Advisory Committee on Forest Climatology and Meteorology, Chairman, St. John's Branch of the Winter Cities Association, member of the Government of Newfoundland, Dept., Mines and Energy, Ministerial Advisory Council on Energy Efficiency and Alternative Energy: Post-Secondary Education Sector. I was a founding member of the Newfoundland and Labrador Peat Association focused on promoting peat industries and farming on peat  and editor of its publication Peat News.

As the Library folder indicates, I have published reasonably extensively in scientific and technical journals and has been frequently interviewed on radio and television related to his practical and scientific work on urban forestry, biomass energy plantations and the impact of wind on the boreal forest and urban landscapes. As an erstwhile artist, i do wood carvings and botanical drawings. My best-known and largest works are being a 12m long set of six wood carved panels depicting A century of land restoration work by the Iceland Soil Conservation Service. I also did the pen & ink drawings of plants my Peatland Flora of Newfoundland, and drawings for my other taxonomic book Carex of Newfoundland (which includes a new species I found and described).

I also drafted the technical drawings for my Waterpower Sawmills of Newfoundland which was intended as guide for reconstruction of preservation and reconstruction of these old water sawmills which, sadly, are now extinct.  More of my artistic works and many of my publications can be viewed and/or downloaded from library folder on this website.

But mostly to stave off ‘cabin fever’ during the cruel snowy winters, I have also published extensively, notably on the peatland flora the genus Carex. His hobbies are as varied as his work mainly on gardening, woodcarving and playing both Scottish Small pipes and the Great Highland bagpipes. 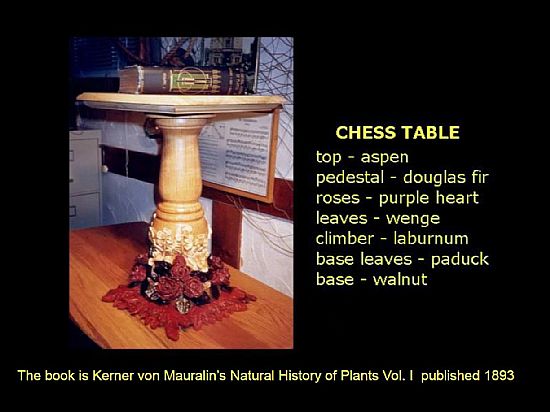 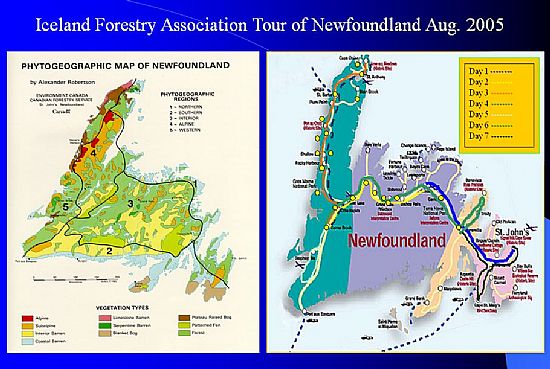